“Tennis doesn’t have an idea problem,” former USTA head of pro tennis Arlen Kantarian told a group of our editors 20 years ago. “It has a get-it-done problem.”

The question we were discussing wasn’t a new one: Why doesn’t tennis have its version of the Ryder Cup? Golf’s biennial team event was must-see TV, yet tennis remained stumped as to how to replicate it. Bringing the sport’s alphabet soup of stakeholders together was too daunting a task. More than a decade after Kantarian’s exit, tennis’ get-it-done problem remained.

And then, over one weekend in 2017, the sport got it done. The Laver Cup, which will return for its third edition in Geneva this September, has been a hit. In its first two years, the Ryder Cup-like team event sold out all 10 sessions in Prague and Chicago, while delighting fans with a steady stream of content tailor-made for social media.

Figuring out what changed is easy: the name on the Cup is Rod Laver’s, but the event was built by Roger Federer. Would Rafael Nadal and Novak Djokovic have agreed to play, John McEnroe and Bjorn Borg agreed to coach, and other players agreed to become sideline cheerleaders for anyone else? Probably not.

While the reason for Laver Cup’s success is clear, the event itself remains something of a mystery. How much do players actually care about winning an exhibition? (Laver Cup is now an ATP event, but players don’t receive ranking points for it.) How much of their raucous camaraderie is genuine? What matters, ultimately, is that fans love seeing their favorite pros interact, and they don’t seem worried about how authentic those interactions are.

Which brings us to our next question: What can tennis learn from it?

First, Laver Cup proves that tradition and innovation can co-exist. The event honors legends, and uses regular sets and deuce games. But organizers have also sped things up with 10-point match tiebreakers, and encouraged vociferous coaching and cheering.

Second, Laver Cup reminds us of how crowd-pleasing doubles can be when fans are invested in the players. Clips of Federer and Nadal competing together in 2017 lit up the internet. Tennis should work harder to get its stars on the doubles court more often.

Third, Laver Cup shows that, even in an individual sport, there’s a hunger among players to be part of a team, and among fans to root for one. The next step should be to work with the WTA to try to bring the top women aboard. Mixed-doubles matches and dual-gender cheering squads would create a fascinating, fresh dynamic.

More than anything, Laver Cup has injected enthusiastic and infectious emotion into a buttoned-up game. It’s fun to see the pros, who are normally so stoical and serious, having fun together. Some of that emotion may be staged now, but the longer Laver Cup lasts, the more real it may become.

Which leads us to our last question: Can Laver Cup thrive after Federer retires? He’ll surely stay involved with the event, and tennis should try to make him an integral part of the sport as a whole. Because if there’s one thing that everyone in tennis can agree on, it’s Roger Federer. 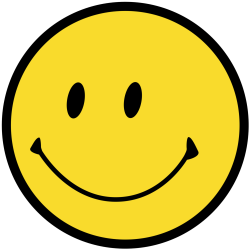